This article explains the mechanics of damage calculation in Arknights.

All damage are calculated to the exact value, accounting the decimals, but if the damage is to be shown in-game (see Trivia) or in the menu, the value is rounded up (e.g. 99.9 is shown as 100).

By default, the damage dealt by attacks or use of skills that scales with ATK are calculated by the following formula:

For example, the damage dealt by SilverAsh with Power Strike γ who are being buffed by Castle-3's Tactical Configuration, Warfarin's Unstable Plasma, and Sora's Hymn of Battle would be calculated by the following method with the following assumptions: 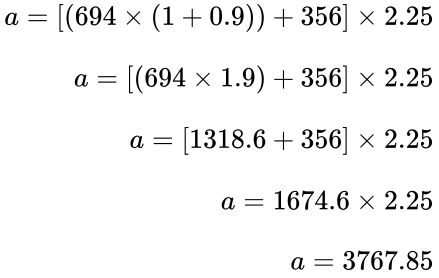 As the result, under the above assumptions, SilverAsh's Power Strike γ will deal a whopping 3767.85 damage.

However, the exact damage dealt are determined by their type (Physical, Arts, and Pure) and interaction with the target's defenses (DEF and RES).

As a general rule, enemies with high DEF usually have low RES and vice-versa, but certain elite enemies and most bosses have identical levels of DEF and RES. Against such enemies, the following should be used: